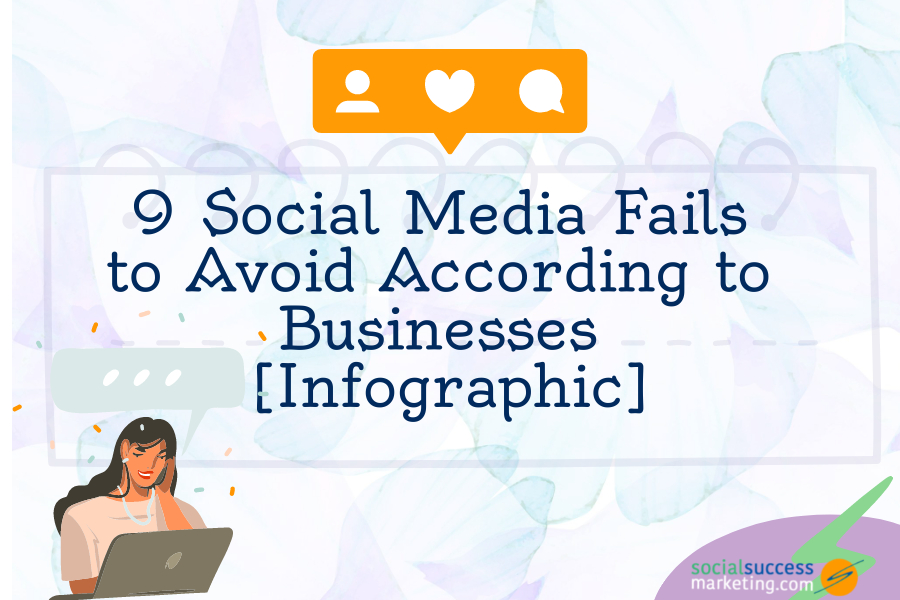 The following social media fails is a collaborative work with social businesses.  Instead of writing my pet peeves, I asked my connections on Facebook and Twitter to share  theirs.  Past the infographic are best practices to avoid these fails. I am certain that you have advice of your own which I and my friends would love to hear. Feel free to share it by leaving a comment below.

Social Media Fails | How to Avoid these Mistakes

Here are quick and easy best practices for these fails in the infographic.

Social Media Best Practice:  If unsure whether to follow (back) someone, put followers in a list (if that feature is available) and see how it goes from there instead of  following them right away then unfollow them later. I know a couple of active internet mavens who not only unfollow accounts once they find out that they’ve been unfollowed; they, also, block the offending account/brand.

2. “I would have to say companies that have social media accounts and have not posted in a year or more, or not at all. ~ @solutionsdirect

Social Media Best Practice:  If you don’t have staff to manage this, hire a social media consultant. If you don’t want to do that,  unpublish the account. Don’t leave your accounts orphan. Your not saying (posting) anything, tells your savvy followers a lot of things. Perhaps a good idea is to put a note saying, example, “Place Holder Only,” etc. Besides,  your smart competition could and would  leverage your absence online to their favor.

3. “Posting a nondescript picture with no caption. Why am I looking at parking lot right now?” ~  @ThomasRPM

Social Media Best Practice: Unless you’re running a “Caption This” contest, describe your image.  You know why you posted it;  but your followers, don’t. We don’t read minds.  Image ought to be  used to reinforce a content; it should be in-context.

4. “Social media is supposed to be social. Stop promoting and start engaging.” ~ @ecowrites

Social Media Best Practice:  Yes, you can use the platform as a promotion tool but people are looking for connection. It starts with a conversation. Engage!  How? I’ve recently written  social media engagement tips to encourage conversation.

5. “Tired of people on twitter following who are just out there pimping their “buy followers”. I don’t want to buy followers so I’m always muting them.” ~ @bxboy52

6. “Ignoring brand mentions from folks who are promoting your products. Just rude!” ~ @bluesteeletx

Social Media Best Practice: Manners rule online.  Acknowledge people who mention your brand. Remember behind an avatar is a person.

Social Media Best Practice: Strategy is doing the right thing, in the right place, at the right time and the right way.    Twitter audience treats posts differently from Facebook users. The savvy users will just scroll past your post when they  figure out you are just automating it, and that you are not “there” in the platform where they are at.

8.  “Too many hash tags, hash tags on Facebook, DMs after following someone on Twitter, people not responding to you on SoMe, people that RT Follow Friday lists…I could go on.” ~ @tracycopy

Social Media Best Practice: Use hash tags sparingly.  The way hash tag is used, accepted and tolerated on Instagram won’t apply in  other platforms; build relationship first before you send DM asking new follower to do another thing when you just have followed each other;  cut the digital noise by just sending the person a “Thank you” tweet directly, if that’s what the RT full of handles means. 🙂

Social Media Best Practice: Nuff said.
Anything else you like to add to these social media fails?  Would love to hear from you!

Ruby is an experienced B2B social media advertising consultant and trainer for any industry for 12 + years. She has a wealth of knowledge in practical methods for growing and advertising businesses using social media platforms. In addition, Ruby has developed a deep understanding of how people use social media platforms and what makes them click. This understanding allows her to provide valuable insights and strategies to her B2B clients to help them grow.

She loves dogs & hummingbirds and is a certified book nerd. She holds a Bachelors Degree in Economics & social media marketing including certificates in Advanced Social Media Marketing & Search Engine Marketing from the University of San Francisco. 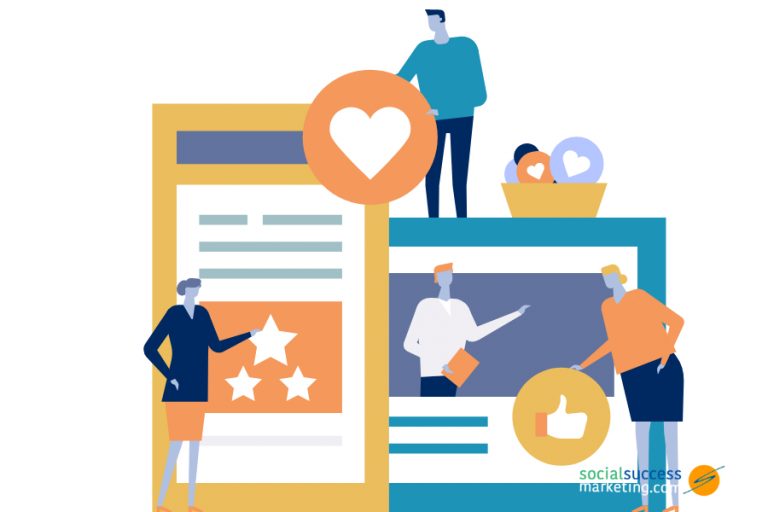 Find out in a very easy to digest way the B2B content customer journey and recommended contents to use for each stage of the journey. 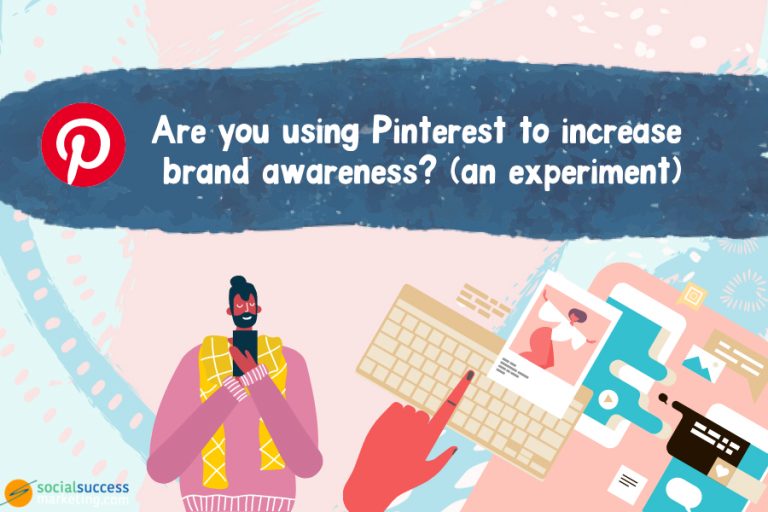 It has been awhile now since Pinterest has given its pinners the ability to pin videos. But I was blown away by… 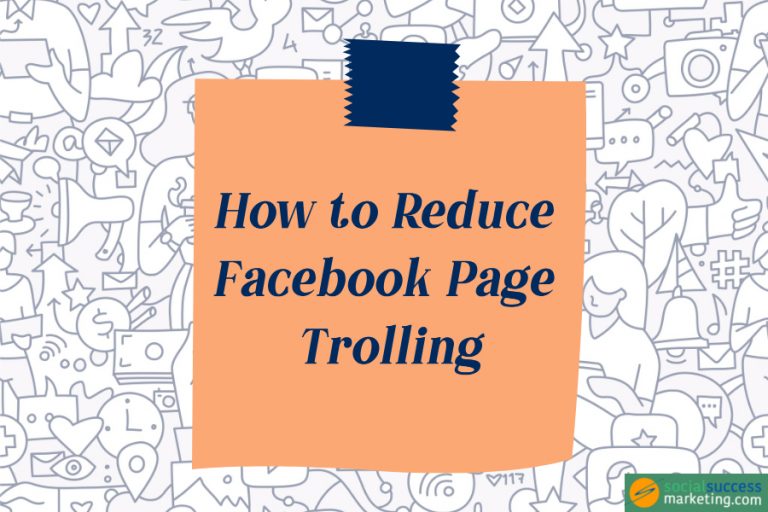 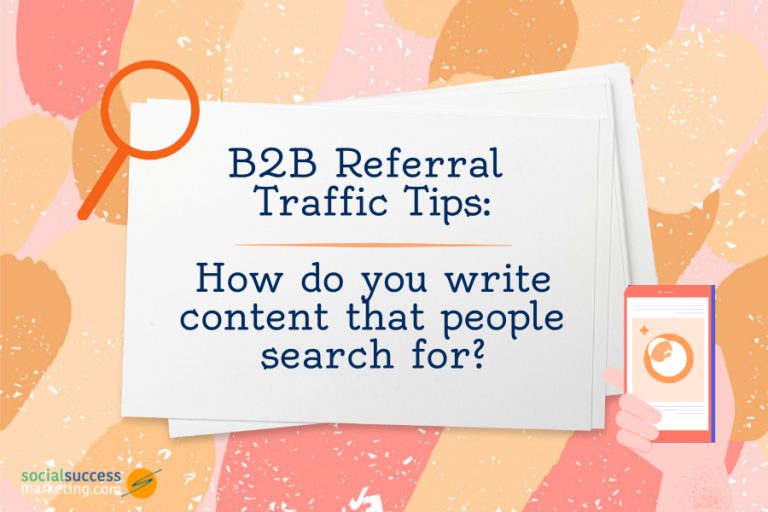 I like to preface this article by saying this,  for ANY content we publish, we all ought to remember to: Write for… 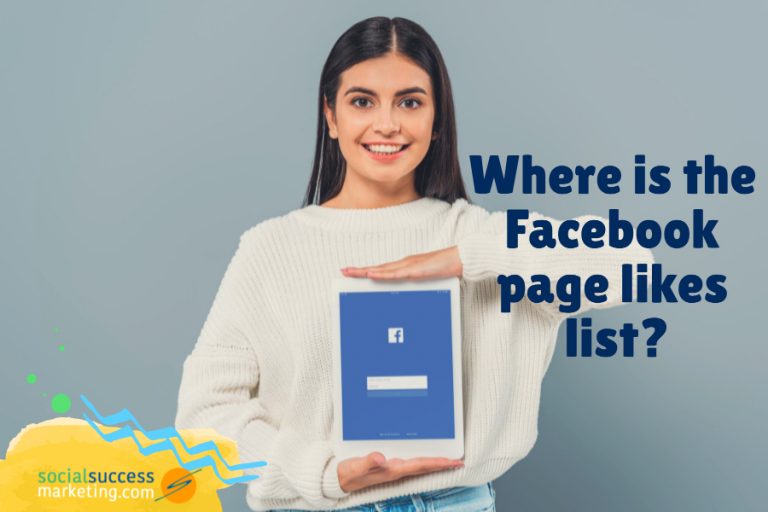